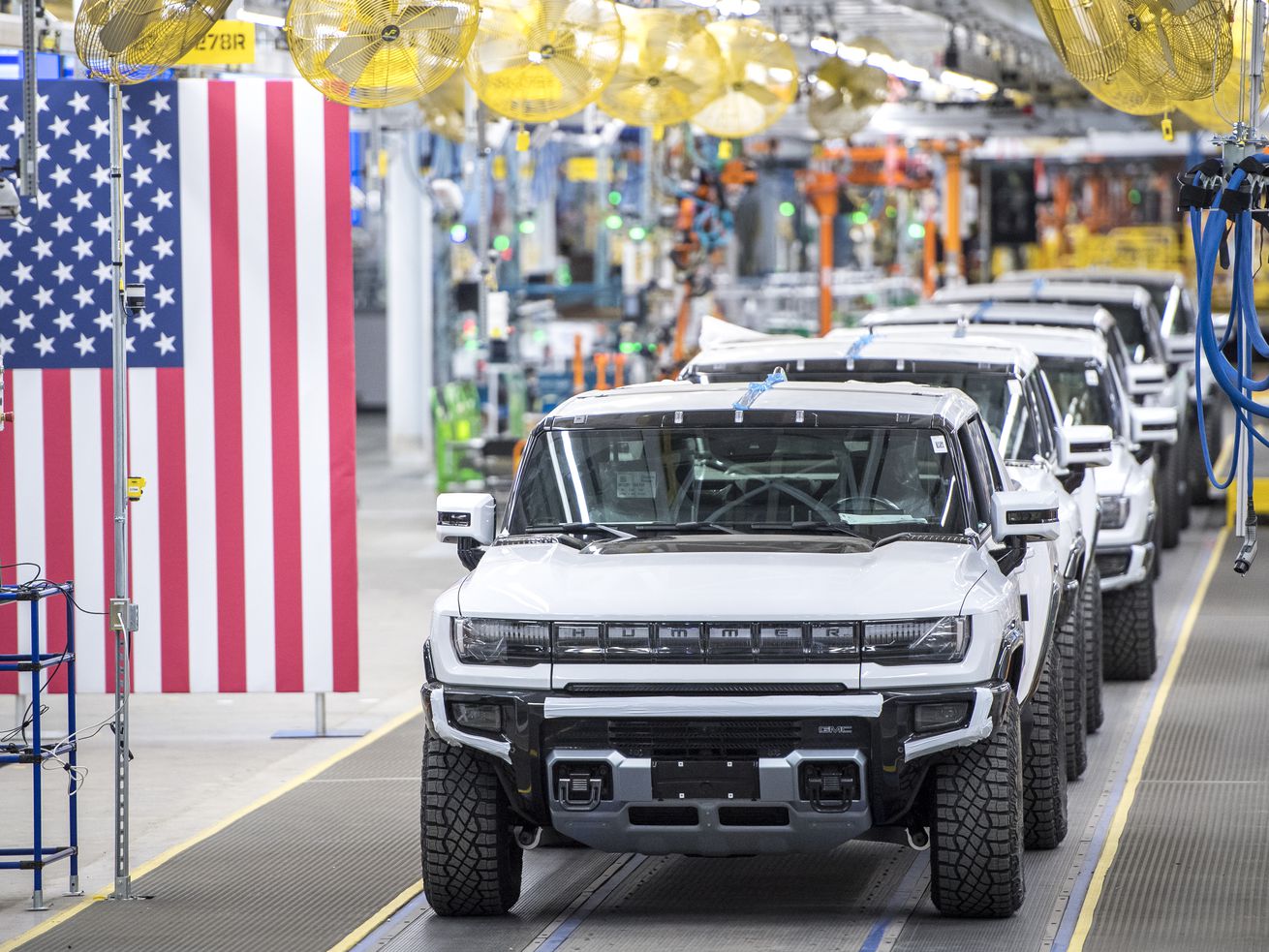 The transition to electric vehicles hit several milestones in 2022.

Critics have long dismissed electric vehicles as overly expensive, inconvenient, and unrealistic. But 2022 didn’t hear them. This year has seen record sales for EVs, and there is now billions in new federal funding designed to incentivize companies to make electric cars and to encourage customers to buy them. As a result, EVs are feeling less and less like a niche product for techies and environmentalists and much more like the kind of cars everyday people could drive. The electric era, it seems, is finally here.

The numbers bear this out. Tesla is manufacturing hundreds of thousands of electric vehicles each quarter, and new competitors like Rivian and Lucid are scaling up their businesses, too. The big Detroit automakers have also doubled down on the EV transition. Ford says its electric vehicle sales are up more than 100 percent compared to this time last year, and GM is planning 10 new EV models for 2023. Overall, an unprecedented number of electric vehicles were sold in the third quarter of this year, according to Cox Automotive, which tracks auto industry data. Demand for electric vehicles still appears greater than supply, and the firm expects that more than 1 million EVs will be sold in the United States in 2023.

Of course, the coming electric era creates new challenges that will only become more apparent next year. Some consumers are still anxious that electric cars won’t drive them as far as they want to go and that there still isn’t enough charging availability. The grid also needs major upgrades to prepare for an influx of electric cars. Meanwhile, manufacturing EVs requires rare materials that are often processed in just one country — China — and raises critical environmental questions.

But the EV transition is well on its way. According to the Electrification Coalition, more than 3.2 million EVs have been sold in the US since 2011, and that means a good number of people are already driving them, either as workers, as owners, or on a rental basis. Decades-old factories in the area surrounding Detroit are being retrofitted to build these new cars. Charging stations are showing up in office parking lots, national parks, Starbucks locations, and even gas stations. These were just some of the key milestones the US hit this year in the massive effort to mainstream electric vehicles.

EV is no longer synonymous with Tesla

Tesla jump-started the electric car industry, and, depending on the quarter, it’s still the largest EV manufacturer in the world. Yet the company’s grip on the electric car market seems to be loosening as demand for the vehicles grows overall. Tesla represented 79 percent of EV registrations in 2020 but dropped to just 65 percent of the new EVs registered in the US this year, according to S&P Global Mobility.

One big reason for the decline is that Tesla has mostly focused on luxury cars. It now faces competition from more affordable vehicles made by traditional automakers. Today, there are 68 EV models available in the US, but 62 more are upcoming, according to the Electrification Coalition. For that reason, it may not be so surprising that Cox estimates that Tesla will hold just 20 percent of the EV market by 2025.

In May, Ford started shipping its new F-150 Lightning, an electric version of the country’s best-selling pickup truck. GM has ramped up production on its electric Hummer, which first started deliveries at the tail end of last year, and even got the car featured in the new Call of Duty. Rivian, the first company to produce an EV pickup in the US, has now made thousands of vehicles, and Tesla is at some point expected to release its Blade Runner-esque Cybertruck. These trucks are all evidence that our vision of what an EV can be, and what an EV can look like, is changing rapidly.

Some of the most important new electric vehicles aren’t as splashy. The government is spending billions of dollars to electrify school buses and mail trucks across the country, which could have a real impact on the environment. Delivery fleets can now transition to electric vehicles and cut down on their emissions. Even the huge trucks that drive hundreds of miles a day to move goods across the country are slowly going electric. Daimler unveiled its electric eActros LongHaul heavy-duty truck this year, and Tesla started delivering its first Semi trucks to PepsiCo just a few weeks ago.

Electric vehicles were the star of the show at the first Detroit Auto Show since the Covid-19 pandemic began. With President Joe Biden and Transportation Secretary Pete Buttigieg in attendance, the event was meant to highlight how traditional automakers were retrofitting factories, and some of the countries’ most popular car models, for the electric era. But as the government offers these companies billions in loans and tons of promotion, a fight for the future of cars and trucks is also brewing.

These century-old automakers are racing to hire tech workers who can program the algorithms that operate their increasingly electric — and computerized — cars. These companies are also placing some of their new facilities in states that are less friendly to organized labor than the Motor City. At the same time, some workers are pushing back on this vision. Earlier this month, employees at a new battery factory established by General Motors and LG Energy voted to join the United Auto Workers.

In February, Russia launched an attack on Ukraine, beginning a war that has left thousands of people dead and displaced millions of others. The conflict has also created an energy crisis. Governments are now even more aware of their dependence on Russian gas, and some are speeding up the transition to renewable energy. At the same time, some consumers turned to electric vehicles as a way to escape rising fuel prices. Even Secretary Buttigieg pitched the idea.

There are already tens of thousands of public EV chargers throughout the US, according to the Energy Department’s Alternative Fuels Data Center. And more chargers are popping up every month. The number of Tesla Superchargers has grown more than 30 percent since last year, according to the company’s third-quarter investor report. Electrify America, another charging network, says that the number of times people have charged EVs at their stations has already exceeded the nearly 1.5 million charging sessions they saw in 2021.

But we still need more chargers. To prepare, the Biden administration spent 2022 developing its plans for a nationwide network of chargers. The White House is allocating $5 billion from the Bipartisan Infrastructure Law to the states to help build chargers across 53,000 miles of highway, and has set aside another $2.5 billion to install chargers in underserved areas. The idea is to eradicate any concerns that someone might end up stranded in a place with nowhere to plug in.

The government gets serious

In addition to the nationwide charging network, the Infrastructure Law allocates billions to bolster the electric grid and increase the country’s battery manufacturing capacity. Two new legislative packages signed this year add to this investment: the Inflation Reduction Act (IRA), which is one of the biggest climate investments ever, and the CHIPS Act, which will fund new American chip manufacturing, including the kind of chips that are critical to making electric vehicles.

The government used 2022 to set new deadlines for electrification, too. The IRA revamped tax incentives meant to encourage consumers and businesses to buy EVs, but also pushed companies to speed up on plans to build electric cars and batteries in the US (the Commerce Department recently delayed aspects of the program until March). At the same time, California announced this year that it would ban sales of new gas-powered cars by 2035, and Oregon made the same commitment on Tuesday. So even though EVs might still seem a bit far off, time is ticking.

This story was first published in the Recode newsletter. Sign up here so you don’t miss the next one!