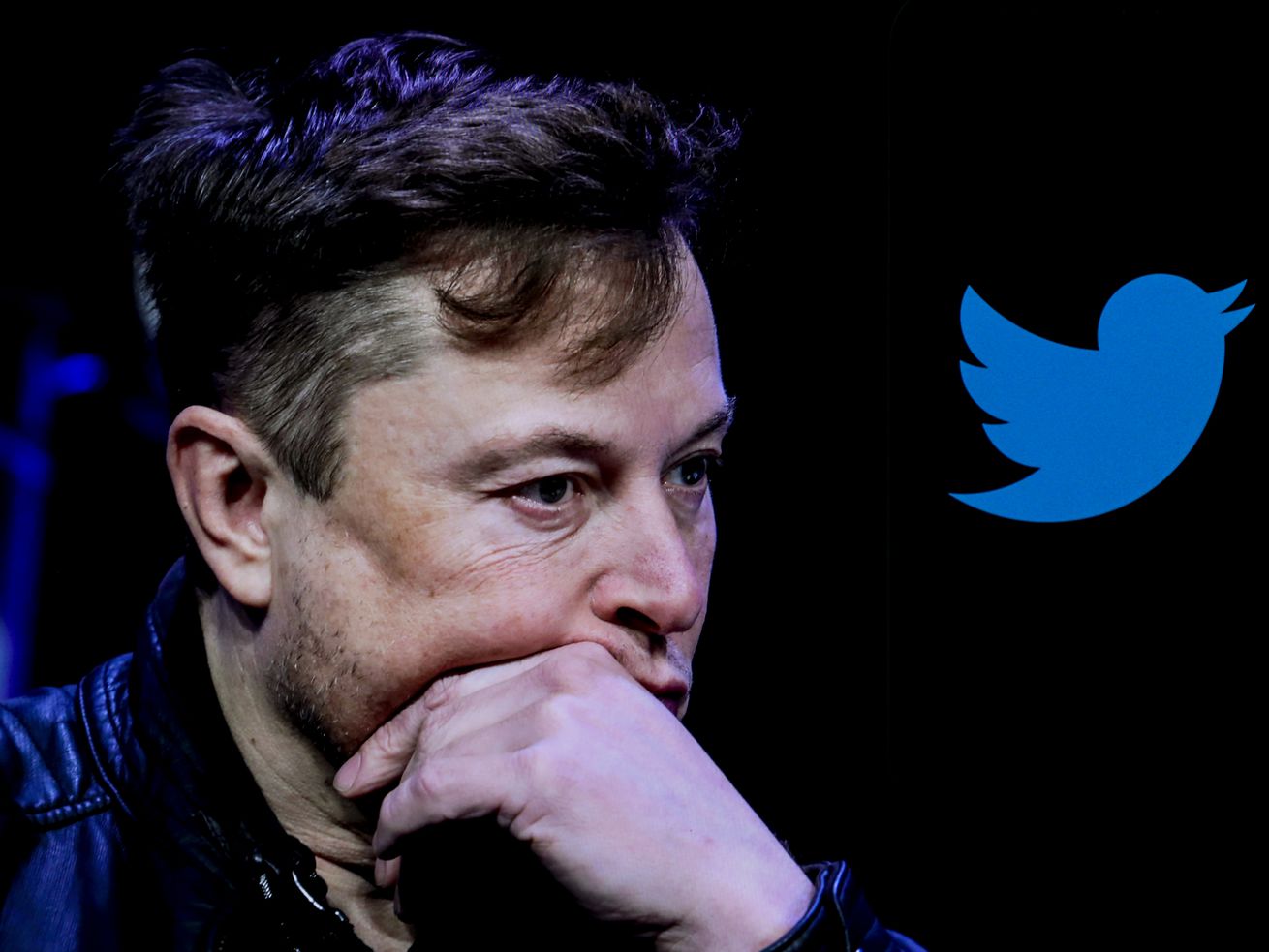 Elon Musk is the world’s richest man and the new owner and CEO of Twitter. | Muhammed Selim Korkutata/Anadolu Agency via Getty

The Twitter CEO has repeatedly contradicted his own “free speech” values.

Elon Musk — a “free speech absolutist” — seems to make an exception for criticism directed at him.

On Monday, Twitter fired two engineers who publicly challenged Musk on his technical chops, Bloomberg reported. The next day, Twitter reportedly fired over 20 more who posted negatively about Musk on the company’s internal workplace messaging app Slack, according to Platformer’s Casey Newton.

It’s pretty standard for workers to get fired if they publicly blast their employer. First Amendment rights to free speech generally aren’t protected at work. But these firings seem to contradict Musk’s self-identity as a champion of free speech who bought Twitter with the mission of liberating it from heavy-handed content moderation that he felt unfairly censored users for expressing their beliefs.

“A good sign as to whether there is free speech is: Is someone you don’t like allowed to say something you don’t like? If that is the case, then we have free speech,” Musk said at a TED event in April.

Musk has said he wants to make Twitter a more open “digital town square” and has signaled his support in particular for conservatives — like Trump — who complain, without evidence, that Twitter is unfairly enforcing its content moderation rules against them.

It seems there are some limits to Musk’s absolute version of free speech and that his own employees are an exception.

One Twitter employee who was recently fired and spoke to Recode on the condition of anonymity said Musk’s firings put him on a list of “thin-skinned” leaders “who only want absolute free speech for themselves and their supporters.”

If you’ve been following Musk for a while, the contradictions between his free speech beliefs and management style shouldn’t be surprising. In the past several years, Musk has openly used his power as a billionaire and social media power user to try to stifle his critics. He’s threatened Tesla workers for organizing, accused journalists of corruption for writing negative articles about his companies, and unsuccessfully tried to shut down a Twitter account posting about his private jet’s whereabouts by offering the teenager behind it $5,000.

Here are some of the many ways Musk has seemed to waver in his commitment to free speech, both during his early days as Twitter CEO and in the past.

Firing employees who criticize his leadership

One of the first rank-and-file employees Twitter reportedly fired once Elon started his reign at the company was Manu Cornet, an engineer who was known for posting cartoons about Twitter’s work culture on his blog.

While Cornet said he wasn’t given a specific reason other than his “recent behavior” for being fired, he suspects it could have been because was helping co-workers prepare for layoffs by building a tool to let them save work emails. He also personally delivered a printed copy of one of his cartoons to Musk at the San Francisco Twitter headquarters days before being fired.

The cartoon showed Musk breaking a statue of a Twitter logo, with another character standing next to him saying “You break it, you buy it!” When Musk saw the cartoon, he reportedly told Cornet, “Well I bought it anyway.”

Over the next few days after Cornet’s firing, Musk went on to cut 50 percent of Twitter’s staff. More recently, Twitter has made cuts targeted toward employees who publicly challenged Musk on Twitter and the company’s internal Slack. In order to make the targeted cuts, Musk’s team was “asked to comb through messages” on Twitter’s internal communications systems and “make a list of employees who were insubordinate,” according to the New York Times.

Two of the employees who were recently let go had publicly challenged Musk’s technical understanding of Twitter’s product.

Musk tweeted a complaint alleging that Twitter was loading slowly in other countries because its technical infrastructure was poorly designed. Former engineer Ben Leib reposted Musk’s tweet with a comment saying, “As the former tech lead for timelines infrastructure at Twitter, I can confidently say that this man has no idea wtf he’s talking about.” Leib was fired the same day.

Similarly, former engineer Eric Frohnhoefer, who worked on Twitter’s app for the Android mobile operating system, was fired shortly after tweeting that Musk’s understanding of Twitter’s technical problems was “wrong.”

Musk seems to be publicly relishing his firings, tweeting a dig in reply to a news headline about the firings on Tuesday: “I would like to apologize for firing these geniuses. Their immense talent will no doubt be of great use elsewhere.” He tweeted laughter emojis in response to discussion about the situation. He also posted that another fired employee had a “tragic case of adult onset Tourette’s.”

Suspending comedians who make fun of him

Shortly after his deal to buy Twitter went through, Musk tweeted, “Comedy is now legal on Twitter.”

Except, under Elon’s ever-changing Twitter rules, it isn’t. Last week, Twitter suspended the accounts of several famous people, including comedians Kathy Griffin and Sarah Silverman, after they pranked him by changing their names to “Elon Musk” and posting some funny tweets.

“I am a freedom of speech absolutist and I eat doody for breakfast every day,” posted Silverman, under her convincing-looking “Elon Musk” joke account.

Musk argued what Silverman and others were doing amounted to impersonation, and he began tightening the platform’s rules on parody accounts.

The situation became even messier after major corporate brands from pharmaceutical company Eli Lilly to Nintendo started getting trolled — and in Eli Lilly’s case, it temporarily caused the company’s stock value to tank. These rush of impersonations — which were enabled by Musk’s own hastily enacted new verification system — show how even something as simple as “making comedy legal” isn’t so easy. Especially when that comedy is directed at Musk and his company’s advertisers.

Accepting money from countries that suppress freedom of speech

Musk isn’t alone in receiving funding from Saudi sources. Saudi Arabia’s government and people close to it invest in many Silicon Valley tech darlings, including Uber, DoorDash, and Slack.

But again, Musk seems to be compromising his standard of embracing absolute freedom of speech by taking money from governments that blatantly violate those principles.

Elon Musk has made it well known that he’s no fan of unions.

That has caused him problems because, in the US, workers have a legally protected right to discuss and form unions to improve their working conditions.

After Tesla auto factory workers — many of them concerned about safety standards — started organizing a union, Musk’s company reportedly fired an employee union activist, stopped employees from handing out flyers, and even banned employees from wearing pro-union shirts. Musk personally got involved, tweeting against the union efforts, which the National Labor Relations Board found threatening and later ordered him to take down.

Musk has said that Tesla workers make higher pay than their industry peers and that unionizing will hurt workers. That may be true, but why did Musk, a freedom of speech advocate, try to stop workers from discussing their issues and making up their own minds on the matter?

What Musk’s contradictions show is that saying you’re in favor of free speech is easy; delivering on that freedom is difficult.

In the coming months, as Musk is expected to change Twitter’s content moderation policies and consider reinstating banned accounts — such as former President Donald Trump’s — we’ll have a better idea of who will be protected by Musk’s freedom of speech ethos and who will be left out.