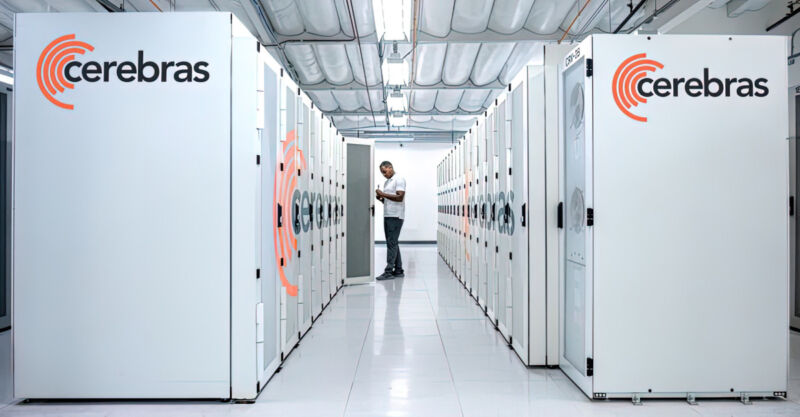 The Andromeda is itself a cluster of 16 Cerebras C-2 computers linked together. Each CS-2 contains one Wafer Scale Engine chip (often called “WSE-2”), which is currently the largest silicon chip ever made, at about 8.5-inches square and packed with 2.6 trillion transistors organized into 850,000 cores.

Cerebras built Andromeda at a data center in Santa Clara, California, for $35 million. It’s tuned for applications like large language models and has already been in use for academic and commercial work. “Andromeda delivers near-perfect scaling via simple data parallelism across GPT-class large language models, including GPT-3, GPT-J and GPT-NeoX,” writes Cerebras in a press release.