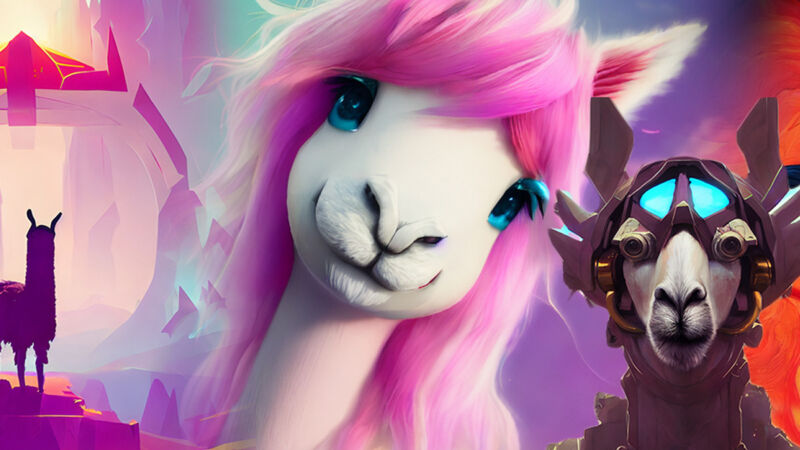 On Friday, the online art community DeviantArt announced DreamUp, an AI-powered text-to-image generator service powered by Stable Diffusion. Simultaneously, DeviantArt launched an initiative that ostensibly lets artists opt out of AI image training but also made everyone’s art opt in by default, which angered many members.

DreamUp creates novel AI-generated art based on text prompts. Due to its Stable Diffusion roots, DreamUp learned how to generate images by analyzing hundreds of millions of images scraped off sites like DeviantArt and collected into LAION datasets without artists’ permission, a potential irony that some DeviantArt members find problematic.

this is how dreamup is being developed. it adds training on non-opt-out artwork on top of the stability diffusion model, which is ALREADY trained using unethically sourced data. they CANT UNLEARN those parts.

this whole discussion is not in good faith unless they address this pic.twitter.com/KnQZerCIol

As we’ve reported frequently on Ars in the past, Stable Diffusion’s web-scraping nature ignited a huge debate earlier this year among artists that challenge the ethics of AI-generated artwork. Some art communities have taken hard stances against any AI-generated images, banning them completely.