4 charts that show just how big abortion won in Kansas 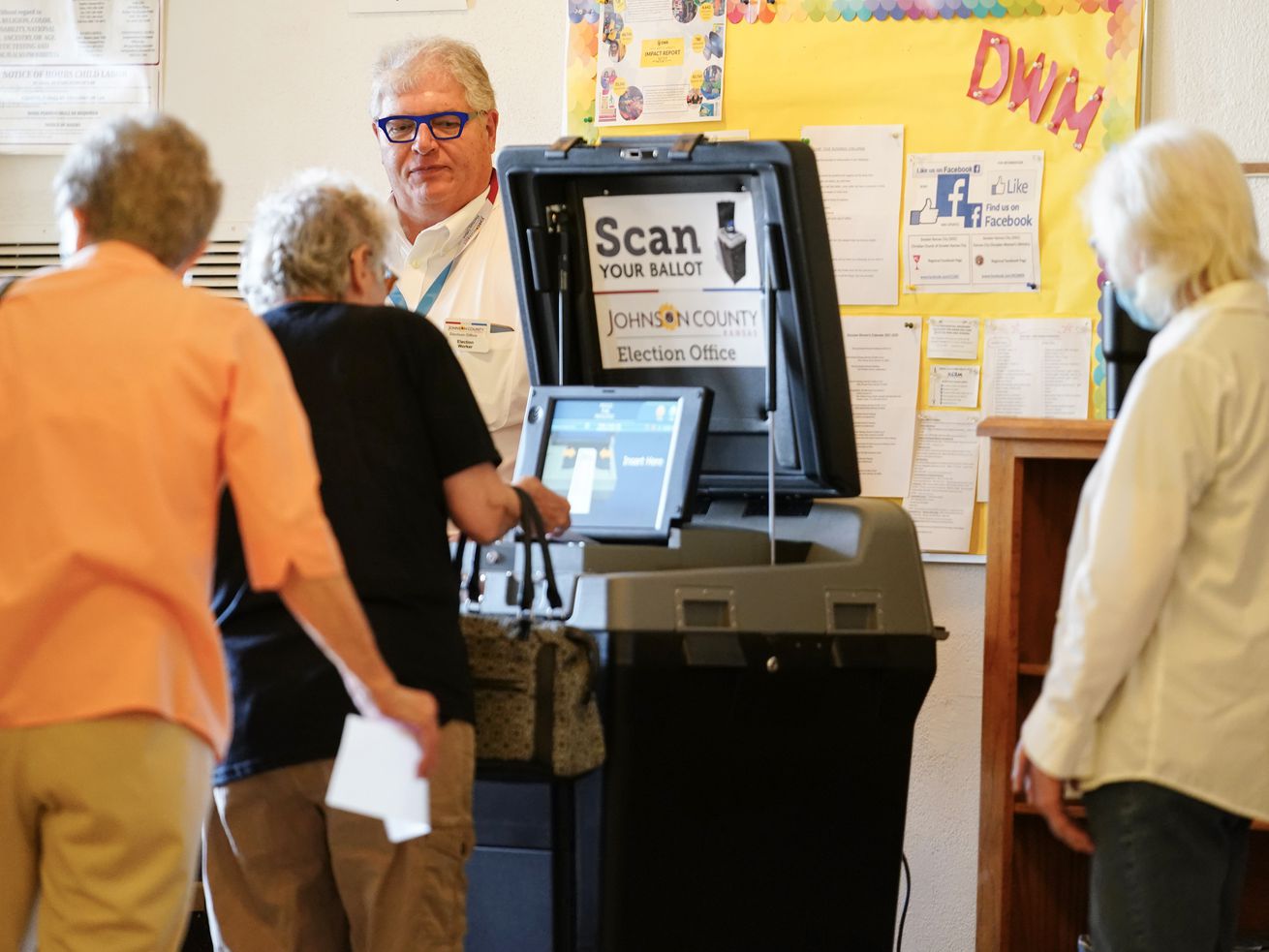 More people turned out than in any primary in Kansas history — and that could happen elsewhere, too.

On Tuesday, an unprecedented number of Kansans voted against a constitutional amendment that would have allowed lawmakers to end abortion protections. That’s a big win for women’s rights, but the outcome also carries major implications for elections nationwide this November. It’s especially true in those states where abortion rights are on the ballot after the overturning of Roe Vs. Wade and where Democrats are seeking to stay in power.

Contrary to what some conservatives had thought, abortion is an issue that can mobilize voters.

More than 900,000 Kansans showed up to the polls to vote on the state’s abortion referendum. That’s the biggest turnout for a primary election in the state’s history, according to the Kansas Secretary of State’s office. That number is closer to what we’d expect to see in a general election turnout, which is always vastly higher than primaries. And it suggests we could also see high turnout in upcoming primaries where abortion is on the docket.

Known as “Value Them Both,” the amendment would have removed constitutional protections for abortion that came from a 2019 ruling by the Kansas Supreme Court. Nearly 60 percent of those Kansas voters this year voted against the amendment — or in favor of abortion rights — while about 40 percent voted for it. That margin is higher than one would expect in a state where polling has showed an even split between those who support abortion and those who are against it. Nationally, Americans overwhelmingly support abortion access in some instances.

What’s perhaps most surprising about the referendum vote is that it happened in a very Republican state. Just a quarter of registered voters in Kansas are Democrats, while 40 percent are Republicans. Nearly a third are unaffiliated.

In the last general election, Kansas, as it has done for decades, went for the Republican candidate. But in Tuesday’s primary, in every single county, votes on the referendum were to the left of what they were in the 2020 presidential election, according to a Washington Post analysis of Kansas Secretary of State data.

The referendum in particular seems to have brought out women, who are considered to be most affected by abortion laws. As Tom Bonier, CEO of a Democratic data firm TargetSmart, pointed out, the share of new Kansas registrants who were women skyrocketed after news of US Supreme Court’s Dobbs decision.

The Dobbs decision engaged women in Kansas to an unprecedented degree.

This chart shows the percent of new registrants in the state who were women (as a 7 day average). Note the spike after the Dobbs decision leaked, and huge jump after the Supreme Court handed it down. pic.twitter.com/pvi3WpuR86

In Kansas, the issue brought out record numbers of voters. Even Republicans might have voted for abortion rights. The question now is whether people across the country will turn out for this issue as well.

Web3 and the transition toward true digital ownership

Web3 and the transition toward true digital ownership

A practical approach to building resilience with zero trust