Welcome to the crypto ice age 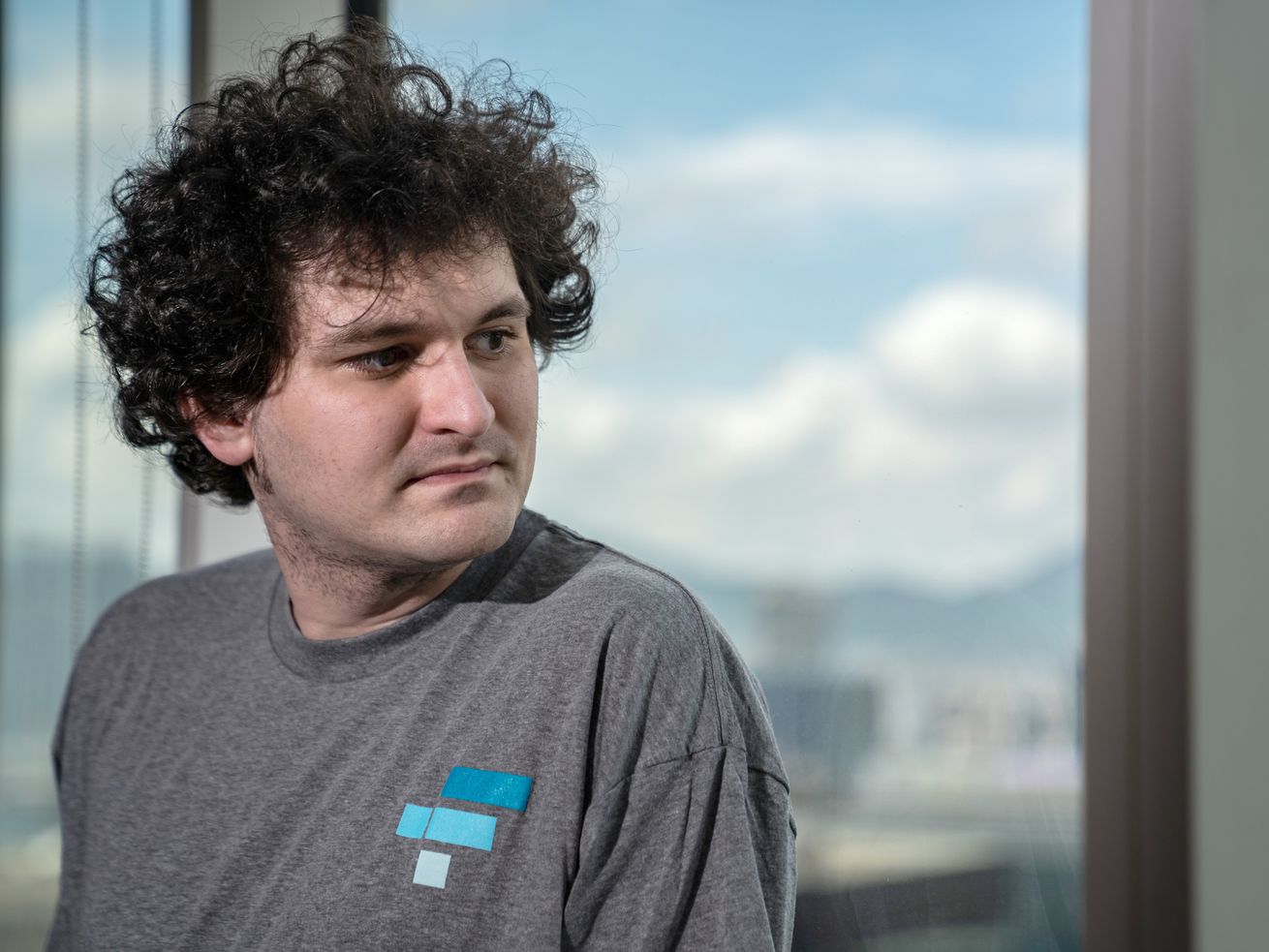 The implosion of the crypto exchange FTX will likely set the industry back years.

A few months ago, the cryptocurrency exchange FTX was valued at about $32 billion. Its brand was plastered on the Miami Heat’s arena and on the umpires during the World Series. Tom Brady was hawking it during the Super Bowl.

Now, FTX is entering bankruptcy. More than a million creditors could have lost their money. And FTX’s founder, Sam Bankman-Fried, is facing the possibility of civil or criminal charges.

The spectacular collapse of FTX is causing shockwaves across the finance and business worlds, but it’s particularly bad for the future of crypto. Bankman-Fried — or “SBF” as he is known in crypto-land — was the boy wonder of the industry, the friendly face leading the charge to integrate crypto into the traditional financial system.

Semafor business and finance editor Liz Hoffman told Today, Explained host Sean Rameswaram that, with Bankman-Fried disgraced, that integration effort is likely set back years, if not longer. “I do think, you know, we’re talking a lot about crypto winter,” she said.

Below is an excerpt of the conversation, edited for length and clarity. There’s much more in the full podcast, so listen to Today, Explained wherever you get podcasts, including Apple Podcasts, Google Podcasts, Spotify, and Stitcher.

Liz, I think a lot of people out in the world who aren’t investing in crypto feel like it’s all smoke and mirrors and far too wild of a West. And this story sort of confirms it. But you’re telling us that these are the two biggest players in crypto. How is this all so fake?

You know, no financial institution has their customers’ money in a lockbox. That’s not how it works. They lend it out. They invest in things. But there’s all these rules that try to keep them on the rails. They’re supposed to have a certain amount on hand that if you showed up at the bank tomorrow and said, “I’d like my deposits back,” they will give it to you. If they couldn’t, that would spark a massive panic. And that’s basically what happened here. It’s a little less clear where the money went and if there’s underlying criminality, but the way this unraveled is just very basic financial stuff.

Crypto bros claim to be living outside of the system, like, “You’re a bunch of schmucks, you’re being lied to and used by the man, and we are creating this brand new financial system from the ground up that will be egalitarian and utopian and it will be great.” But there is no escape velocity. Gravity still applies. And they got taken down by a very basic problem, which is that they ran out of money.

And you’re comparing this to Lehman Brothers and Washington Mutual, which is to say the Great Recession. Who gets screwed here and how screwed do they get?

There’s two buckets of people who get screwed, and they both get screwed pretty badly. I mean, an analogy that might be helpful here is — I’m a child of the ’80s and ’90s — Chuck E. Cheese.

You would give them money, you would buy tokens when you walked in the door, and then you would use tokens for all kinds of fun stuff at Chuck E. Cheese. And when you left, if you had tokens left, you could give them back, and they would give you some money back. If you had a bunch of tokens — if you were like a superpower user of Chuck E. Cheese — you’ve kept a bunch of your net worth in Chuck E. Cheese tokens because you go there all the time. If Chuck E. Cheese went bankrupt, you would lose a lot of money because you’re holding all of these tokens that you had intended to use in the system or to exchange for cash and they’re worthless. That is the people who bought FTX tokens, so crypto bros, right? Largely outside the US, I should say.

The other group are the people who own Chuck E. Cheese. These are FTX’s investors. And they had raised money from a who’s who of Silicon Valley. These big venture capital firms, one of whom, Sequoia, last week had invested in this at a valuation of $32 billion, wrote down the stake to zero.

So they will lose money. Their investors are pension funds and university endowments. So there is some knock-on effect here. I don’t want to belittle the losses that real investors are going to take. That said, I don’t think this is like a contagion. I don’t think this spills over into the broader economy. And in part because by design, crypto was not plugged into the economy. The crypto entrepreneurs are so disdainful of the traditional economy and the traditional financial system that they largely live outside of it.

The thing about Lehman is that — and, you know, AIG and those firms in 2008 — is that they were incredibly plugged into the regular financial system in ways that people didn’t appreciate. Everyone was like, “Oh, AIG is just like an investment bank. They’re doing their Wall Street-y stuff.” But no. It turns out they had depositors and customers all over the financial system. Everything was massively intertwined. There was a ton of debt. And so when the thread got pulled, the entire sweater unraveled.

I don’t see that happening here. I do think we’re talking a lot about crypto winter. I think this is probably a crypto ice age that’s coming, and people will lose money. And the entire industry — to the extent you think it has some long-term value. I’m still sort of agnostic about that. I don’t know — this is a very bad day for that.

Do we think the government is paying attention to this? Is there a chance that crypto becomes more regulated as a result of this massive fallout?

Yes, and I think the government really wishes they had paid more attention a year ago. This was a little bit of a jump ball in Washington, DC. It was a little unclear who was supposed to be looking at it, because there’s one school of thought which is, “No, this is just like a stock or a bond by another name. It should be regulated like any security that you would buy or sell.” The other one is, “It looks more like gold or cattle. It’s more of a commodity.” No one can really figure out what it was. And so the upshot is that it just wasn’t very heavily regulated.

There were certain things you couldn’t do. You couldn’t market tokens to US investors, which is why most of [Bankman-Fried’s] clients were abroad. But I think there’s a very good argument to be made that the regulators were asleep at the switch, very slow to act. I think that will change very quickly.

How do you think crypto recovers from this moment where, I don’t know, it kind of felt like it was confirmed that the emperor indeed didn’t have any clothes?

Emperor extremely naked. Um, there’s a chance that it doesn’t.

There is an argument to be made that there is, fundamentally, value in the technology, that the financial system is just incredibly inefficient, that it’s just dumb and relies on a lot of paper and a lot of trust, and that you could build a more efficient kind of trustless system where the code did the jobs that hundreds of thousands of people in the financial system do. I think there’s some value in that, and I think that the underlying technology will probably continue to exist and evolve here. I’m not sure that there is any need for these goofy tokens.

So there are some good pieces of the technology, and I think those will be fine. You know, go back to 2001: A lot of the dumb dot-com companies got washed out, but it laid the foundations of fiber optic cables and broadband and e-commerce. And Amazon was the winner there. But eventually someone will come in and look at the wreckage and say, “You know what? These are the good pieces. I’m willing to put some real institutional grown-up money behind it,” and they’ll start to rebuild.